Who Knew?  Thankful for YOU!

When I entered my first international photography contest in 2013, I couldn’t even imagine earning one, let alone 16 Fearless Awards!  I am so very THANKFUL to have been recognized in this way, I couldn’t have done it without each and every one of YOU! 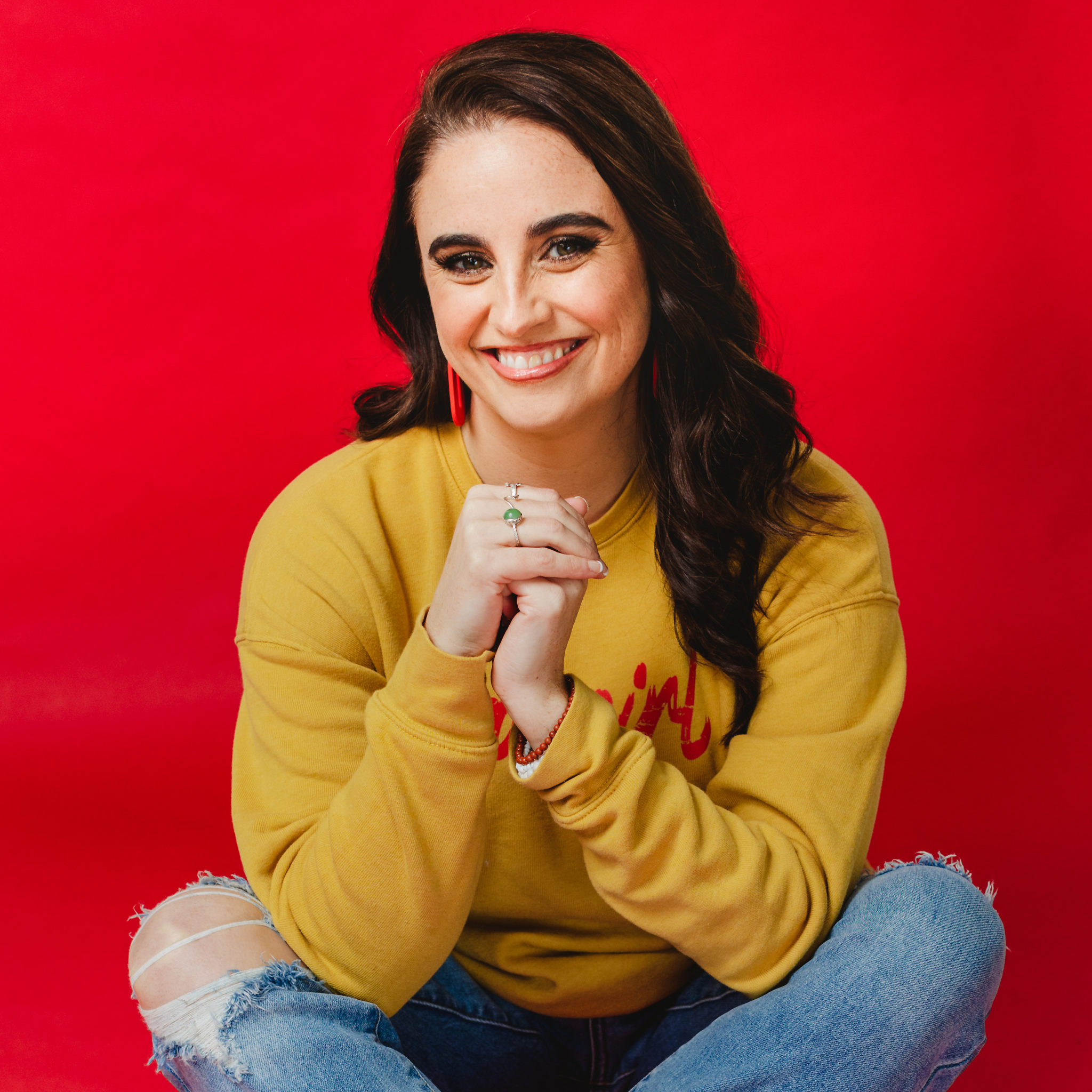 Awards are given by a rotating panel of judges from all over the world.  They look for innovative photographs that creatively tell a story.  They want to be stunned, amazed, or feel like your images are redefining wedding photography.

Photographers are grouped regionally, for 2020, I was ranked in the “Top 30 in the USA” for my lifetime awards and “#1 in Pennsylvania” for my recent awards.  The competition is intense, and I am extremely humbled to be so highly ranked.

My most recent award winner: 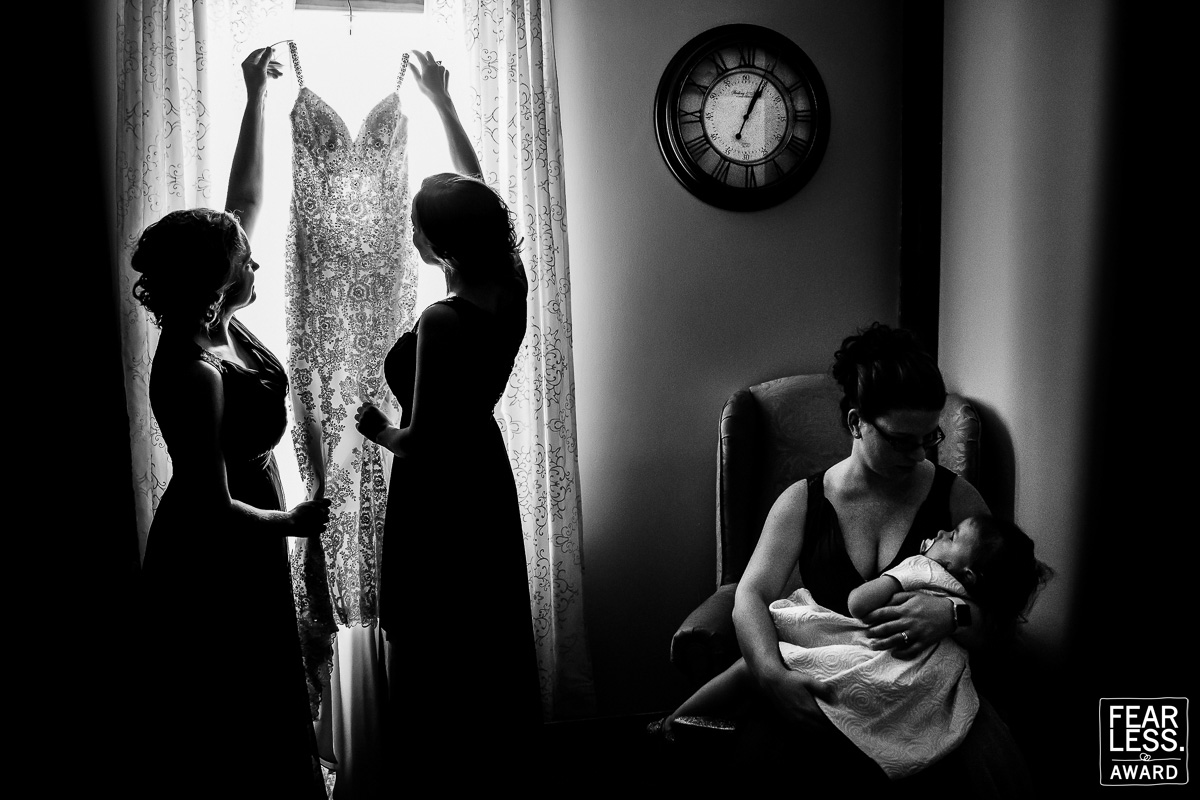 Here are just a few of the other winners across the globe– with stand out images from Bengaluru, Paris, Kyiv, Yorkshire and many other locations all over the globe!  Congratulations to all!  (See my photo in the middle of the bottom row?) 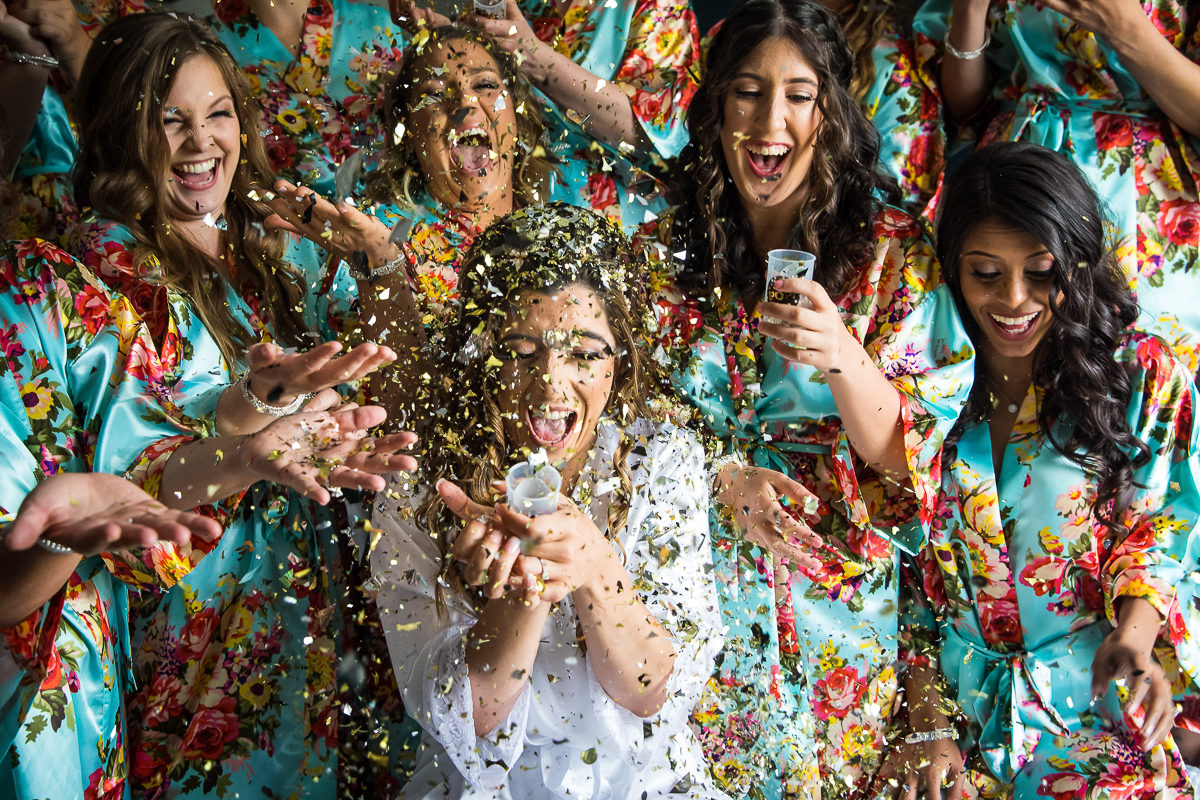 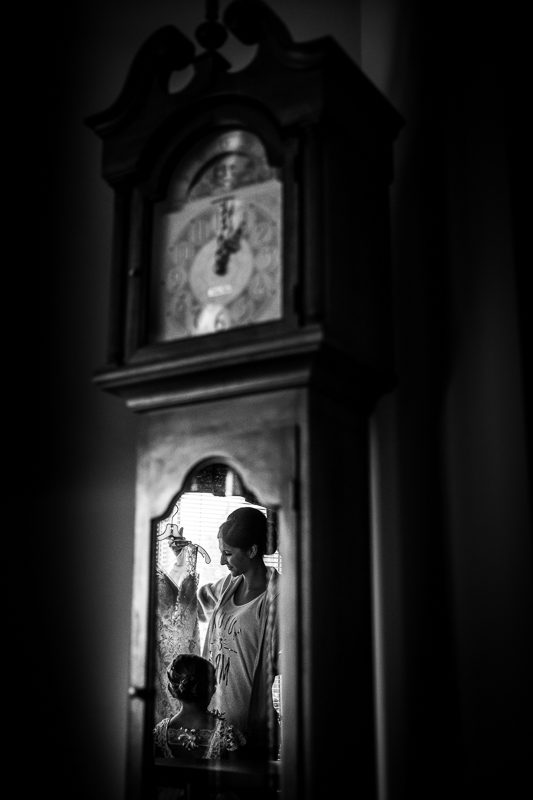 Want to see my other 15 award-winners? 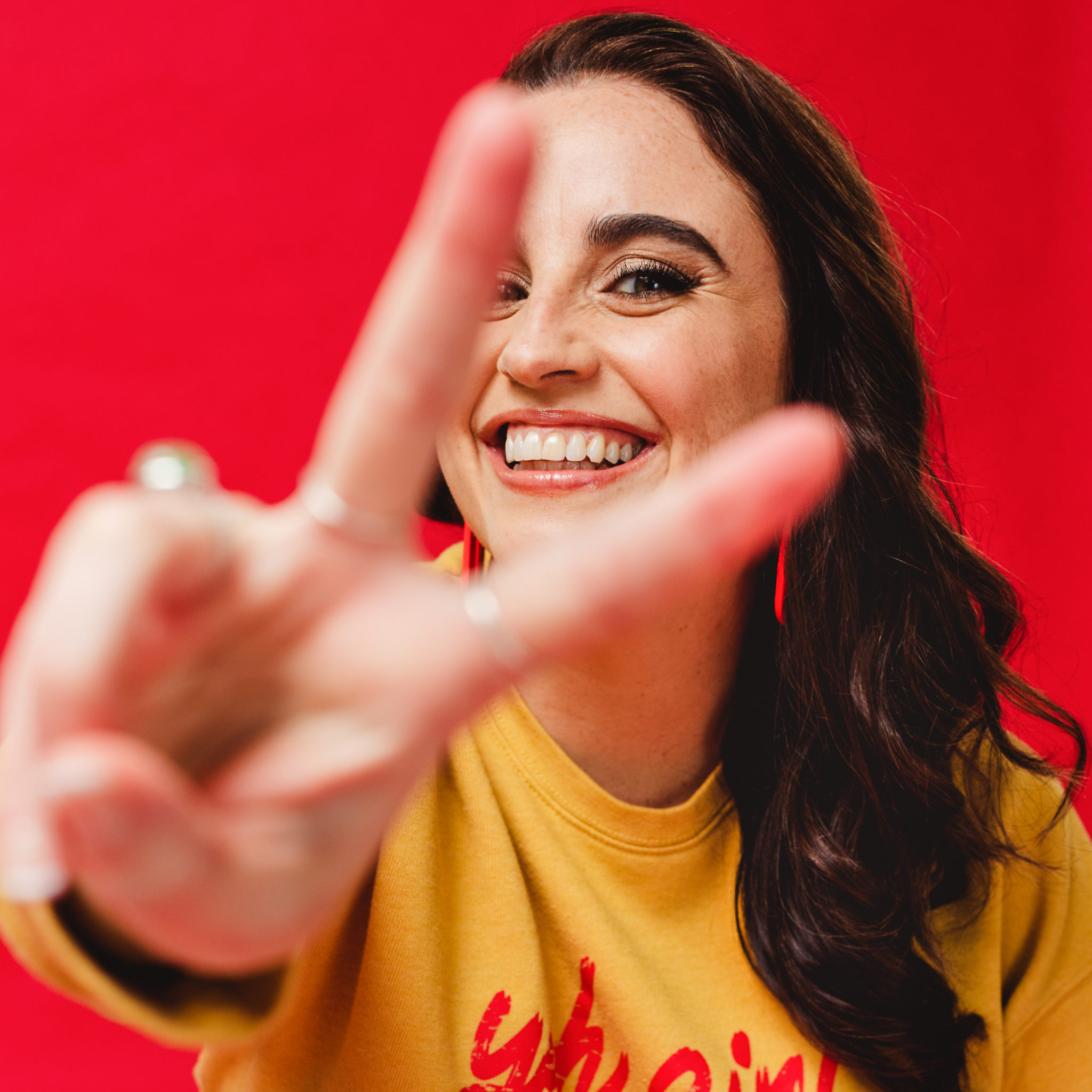 Country: This is a dress shot from Kyrie & Andrew’s Stormy Lehigh Valley Wedding.   I like the country scene here– a storm rolling in the bride’s gown and her baby’s romper pinned to the clothesline, the woodpile, windchime, cornfield, and the star of the show, her grandma’s dog who just wanted me to throw him a tennis ball! 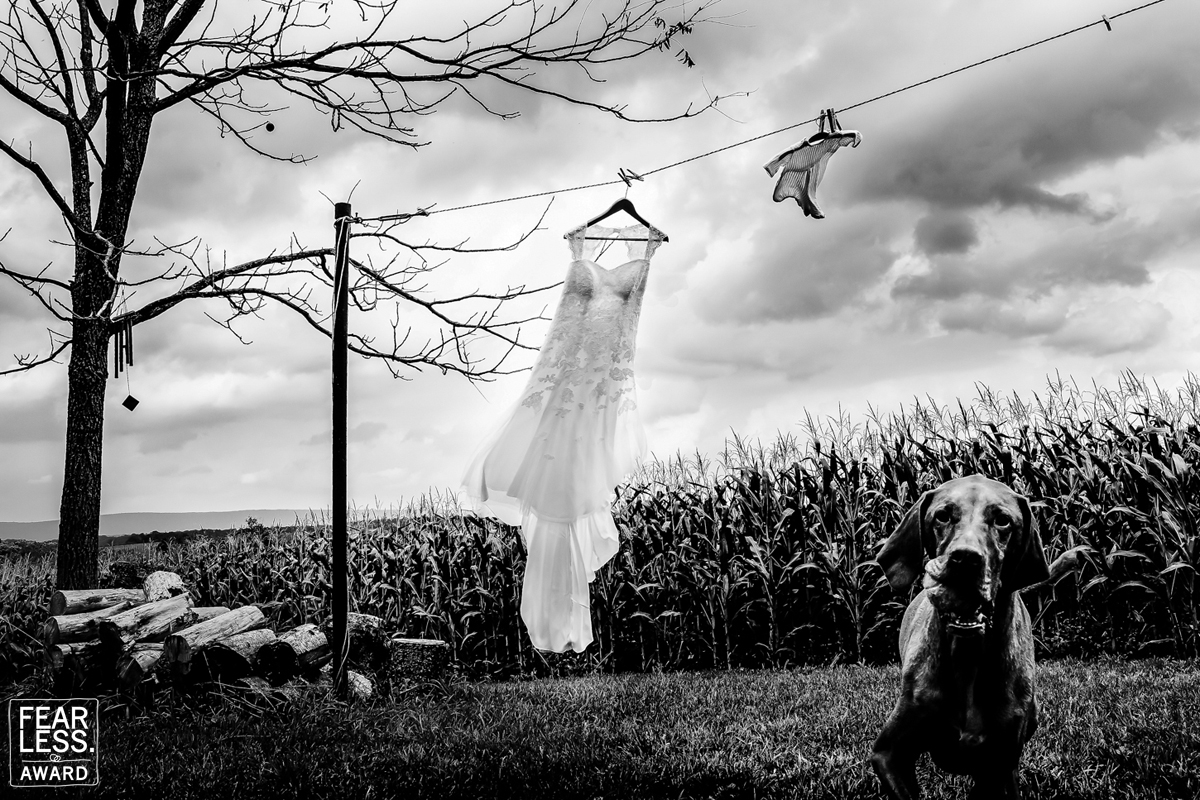 This image was from the same wedding and actually taken at just about the same spot in grandma’s back yard, haha!  You can tell from the angle of the field and the mountain in the distance.  I wanted to capture the motion and excitement so I used a slow shutter and panned at the same speed as the groom was being pushed by his enthusiastic groomsmen in the wheelbarrow! 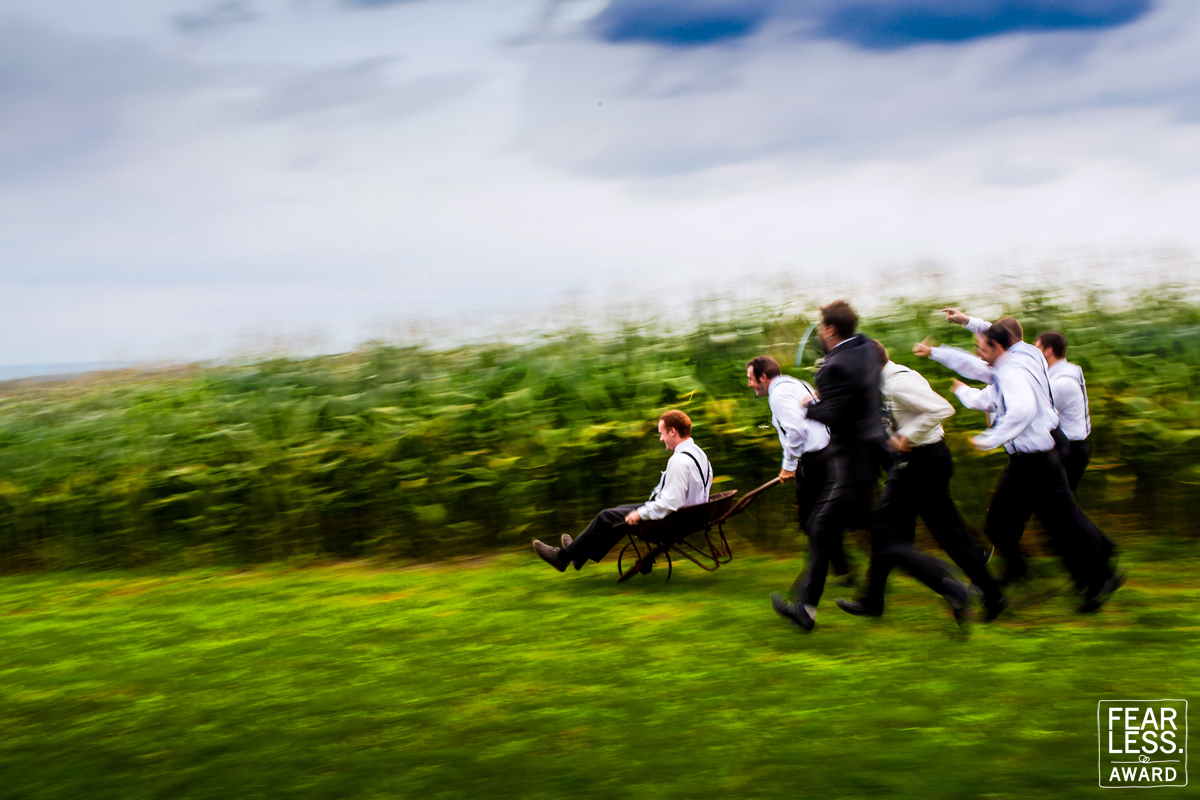 As the bride’s family members gathered in the sitting room, there was something about the scene through the window that really caught my eye.  Part of it was the original glass panes that gave the photo a painterly quality as well as the way they broke up the scene so perfectly if I stood in just the right spot.   Geri & Nick’s timeless Philadelphia Wedding: 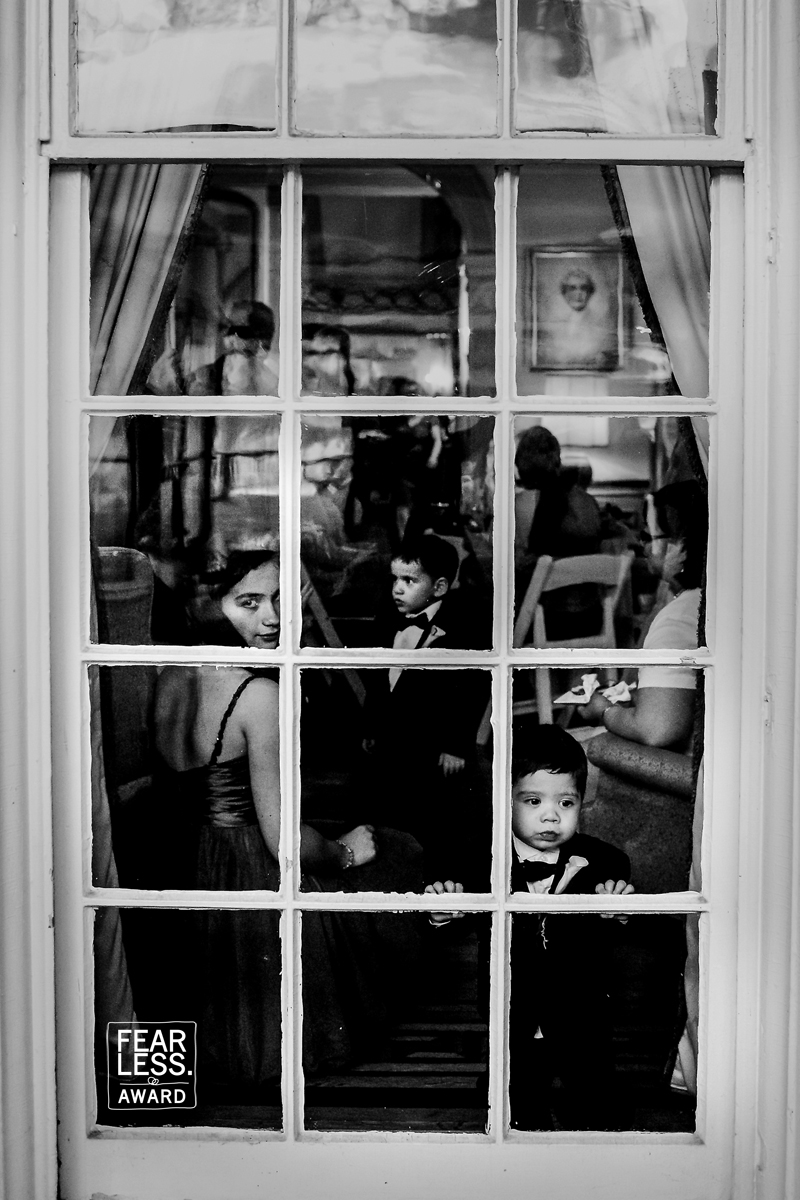 This one might make you feel a little tipsy, which is exactly my intention.  You might need to take a second look ;).  It is from Lori & Thomas’ fabulous New Jersey wedding: 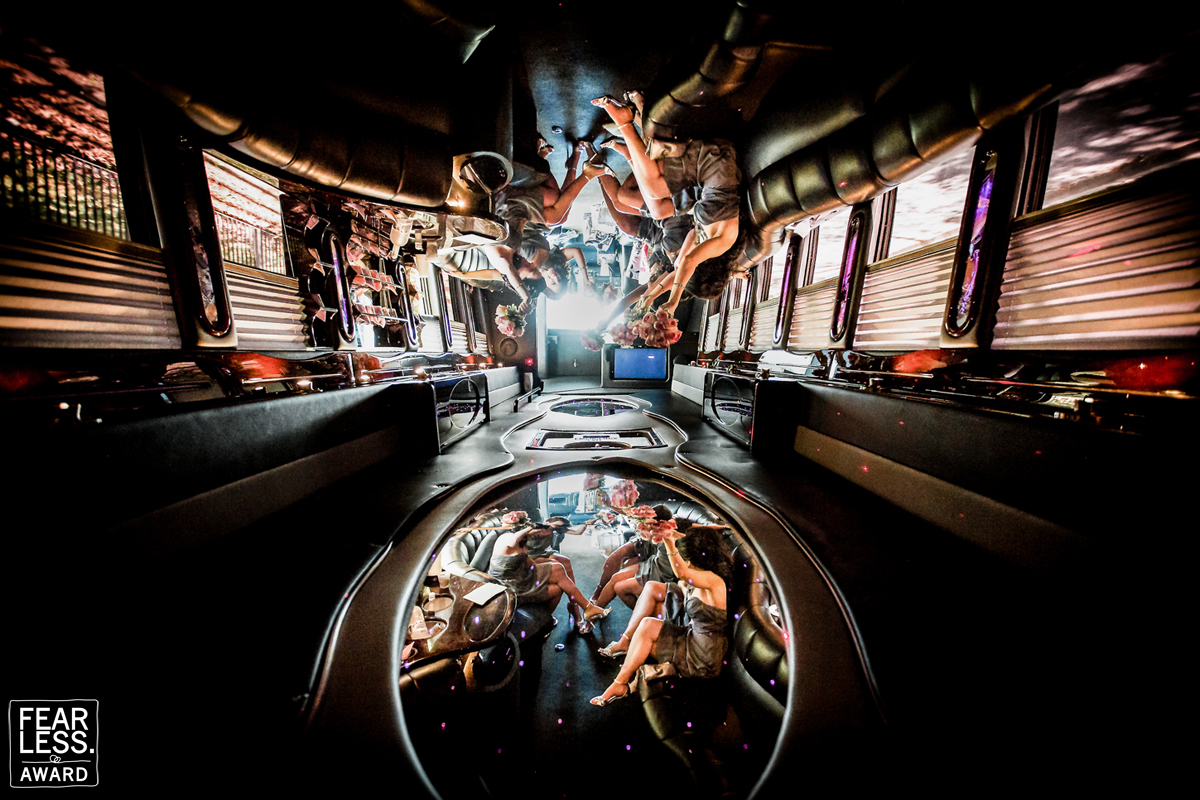 So many ring shots are surrounded by pretty objects in photographs, I know I’ve taken many photos like that :).  But for this shot, I noticed light beautifully hitting rusted tools and coins, and I thought there was something fun about having such practical tools in the shot, particularly the wrench seem to be tightening the ring.  From Eileen & Kevin’s wedding: 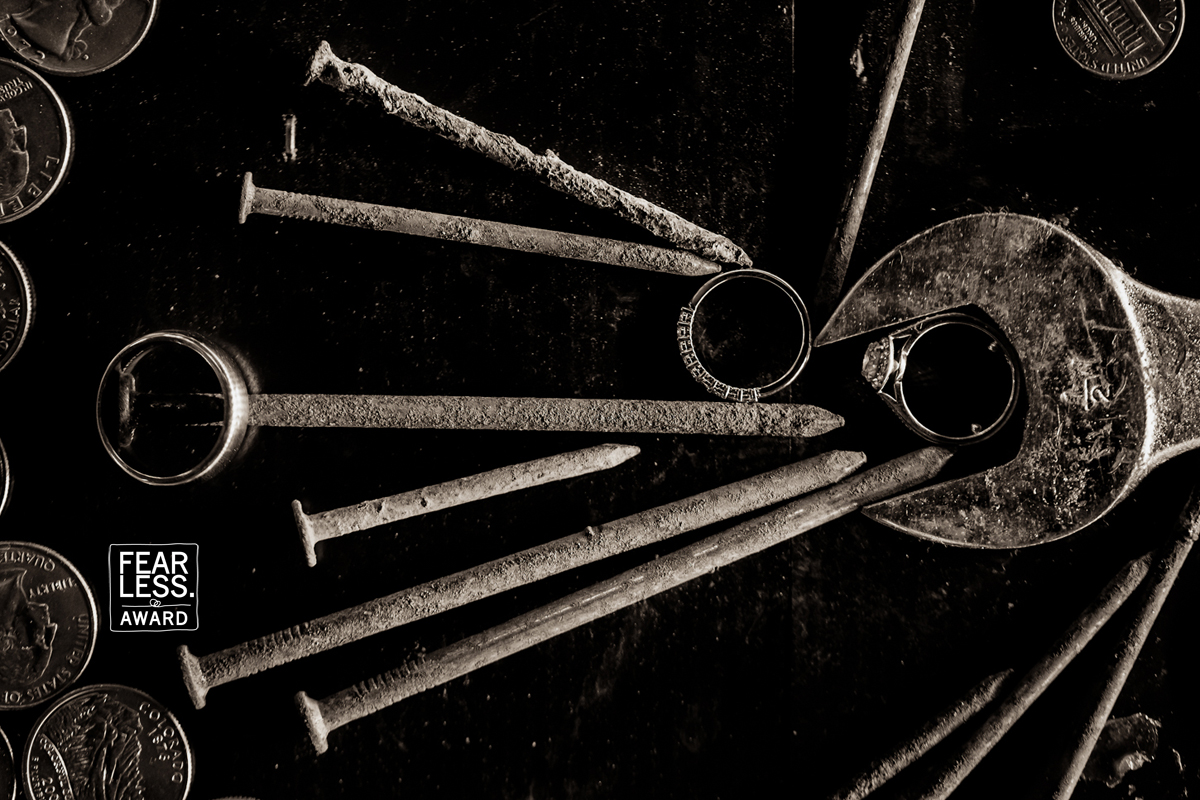 When I first met with this couple, they mentioned how important their faith is.  They explained their preparation space to me, they said it’s the room in the church where people have Bible studies.  When I arrived I saw a room with conference tables and fluorescent lighting, when the girls were gathering to pray for Tina, I asked if it was ok if I turned off the lights, they said sure, when I did the conference table disappeared, so did the flicker and squeal of the fluorescents and what was left is the serene scene you see here.   Khoa & Tina’s Harrisburg Wedding: 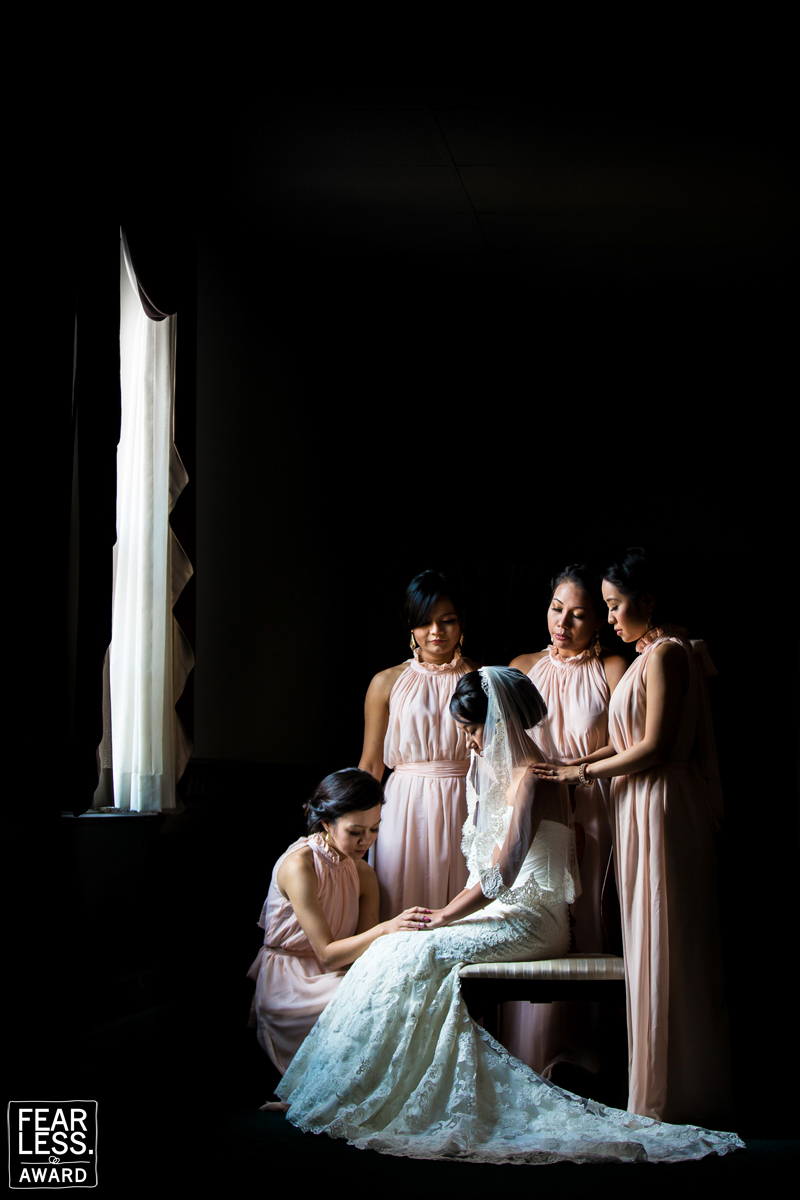 It was about then that I noticed that one of my photography idols, Todd Laffler, (currently ranked #1 in the USA for his lifetime achievements) was looking to hire his second photographers for the next year. I had one of the dates open, it was even at a venue I had photographed before.  I reached out, showed him some of my work.  Todd hired me!   He had me photograph the groomsmen getting ready and this is one of the shots I grabbed. 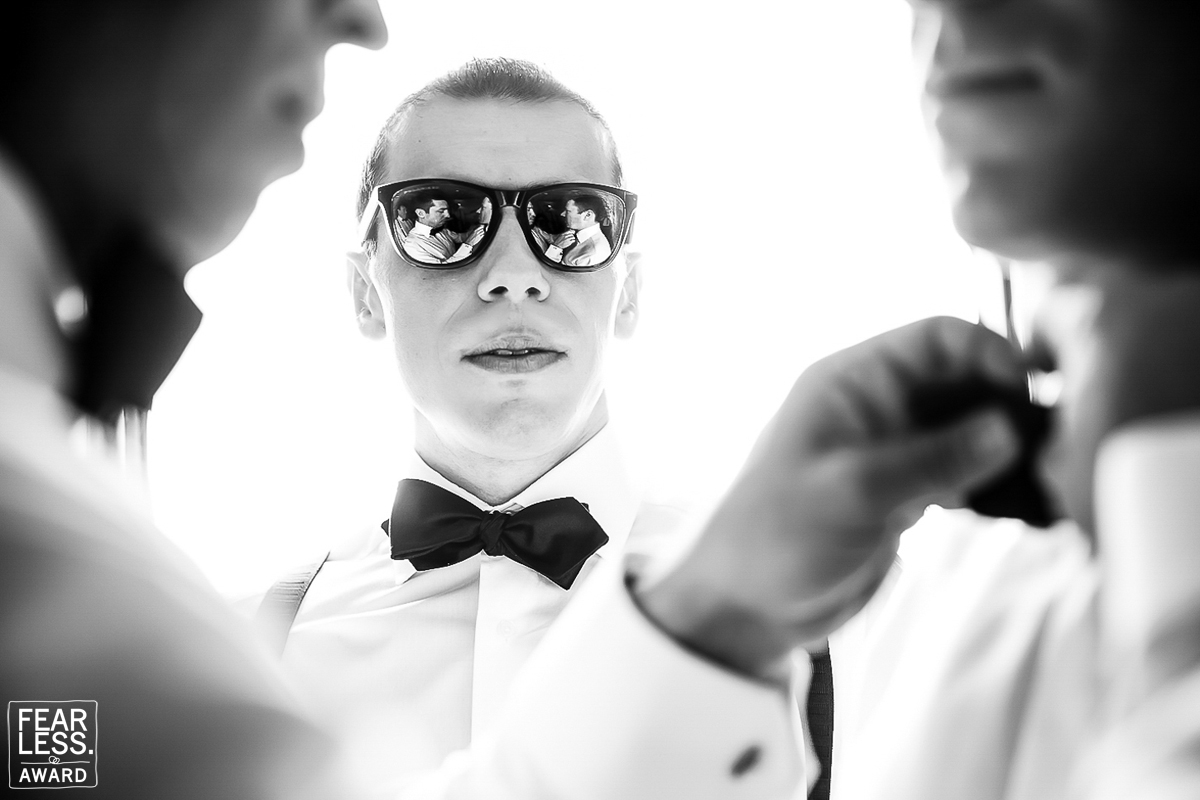 This was actually the first time I met Ashley & Jake, I have since photographed several of their friends and family member’s weddings, most recently, Jake’s sister, Joanna’s. But at this point, I knew that Jake was a turkey farmer... I was like, do you think we could get some with them, too?  (I love to incorporate unique elements that are significant to the couple whenever I can).  I’ve actually since photographed them in the barn with their two boys!! 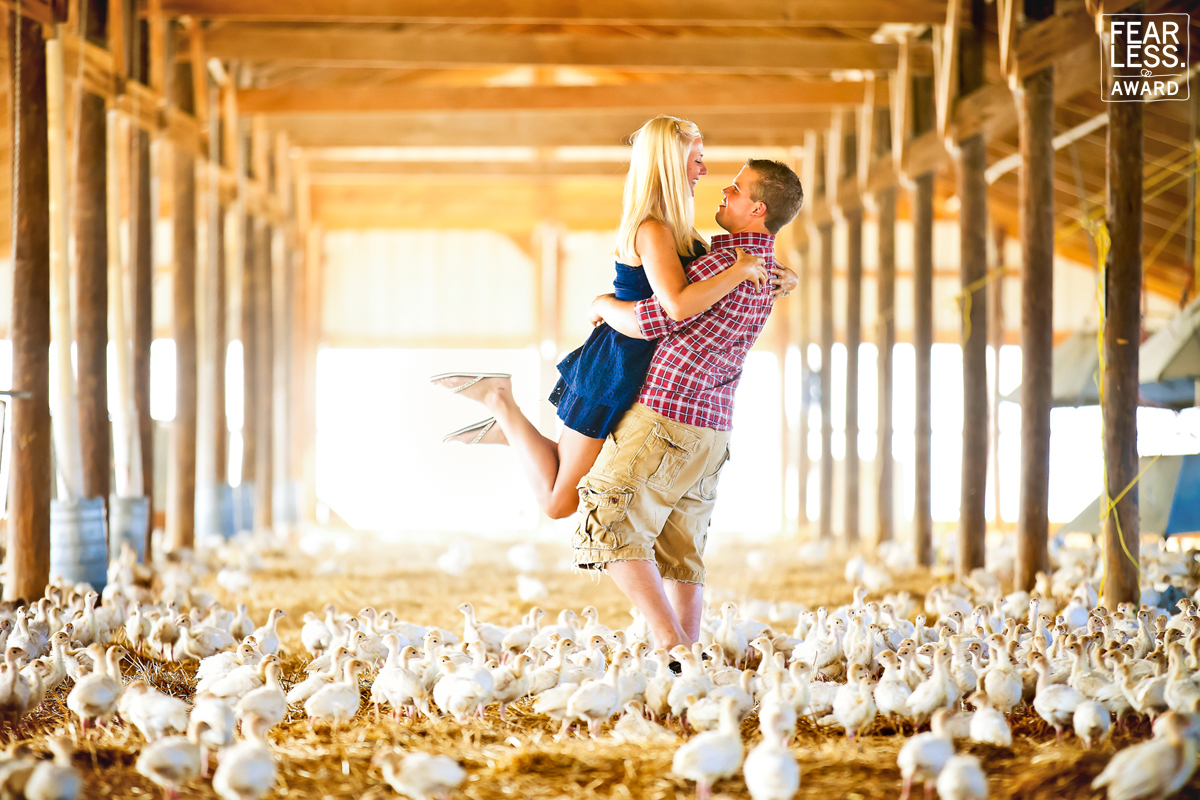 I still remember the moment I showed Angela this photo, she was like, what??  I don’t even remember you being there!!  So sometimes I go into ninja mode.  I find a place with an interesting scene with key players and good light and I just camp out quietly.  Here the groom is helping Angela’s brother’s out on finishing touches as his father watches from the back window and Angela watches out the window as the guests arrive on the lawn for the ceremony. 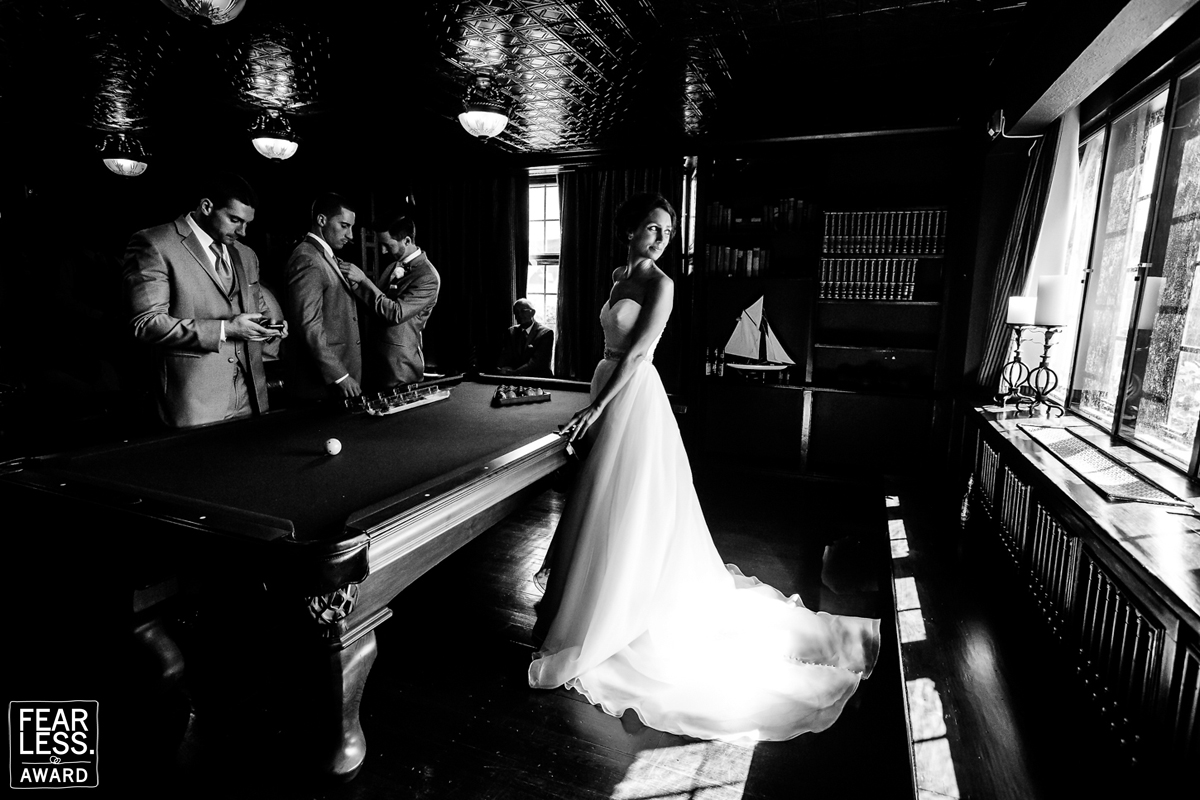 A private beach all to themselves… I wanted the tranquility of the scene to be palpable with the billowing clouds above waves below and lone sailboat in the distance.  I got sooooo far away from Julia & Max as they just enjoyed the view.  I was shooting with a 200-millimeter lens and was probably 50 yards away because I wanted to get the full compression in the scene. 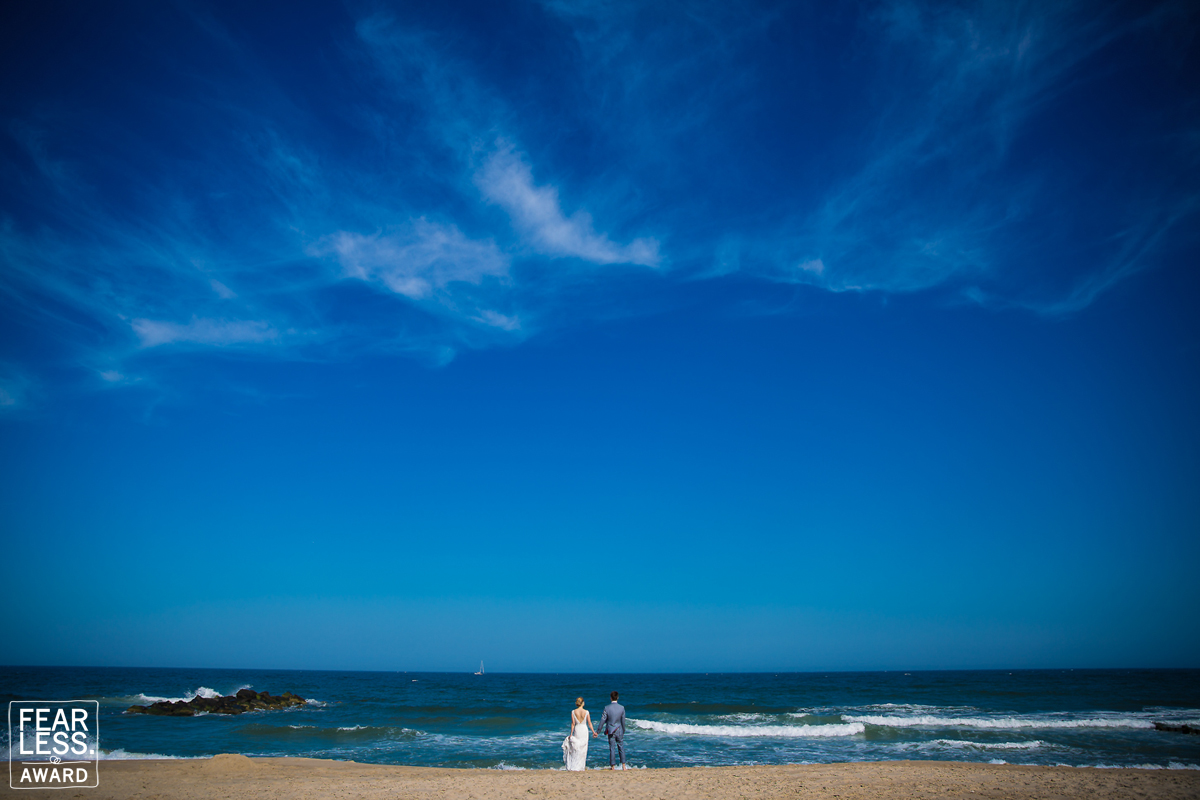 When we initially talked about her background Sarah shared that she was a cheerleader and that was something I wanted to bring in to her photos if I could find the right moment.  I liked this space, the light and lines, and kind of camped out there.  Sarah was just about to put on her dress and I could tell she was super excited, a ball of pure energy, she lept down the stairs and we wound up with this… 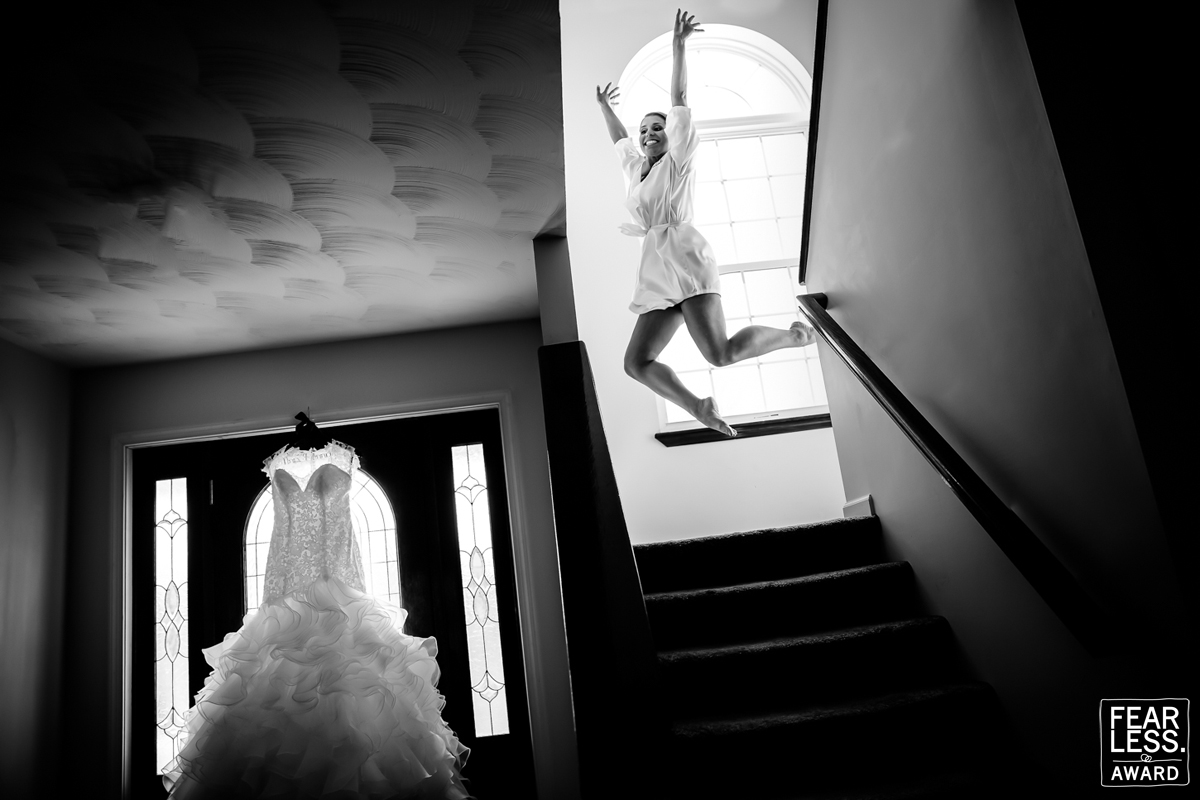 Haaaaa, unforgettable– Lauren & Dan’s chocolate-loving flower girl in a white dress and all of the adults are living it up on the dance floor… I used a wide lens here so you could see all the fondue tools to really give a sense of place and filled the frame with elements of the story. 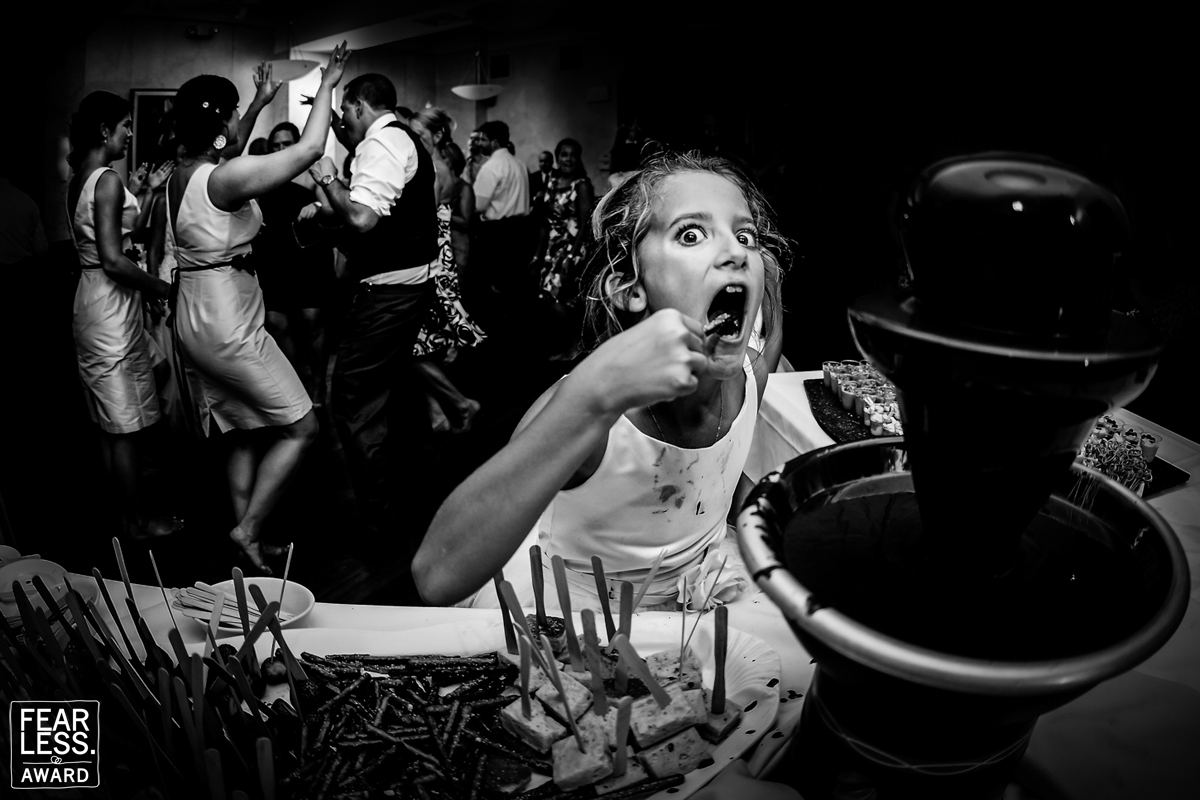 There was luck involved in this image for sure, when Alessia & Tim met me on location for this engagement session, I noticed a bunch of ladybugs hanging out in a very unphotogenic area of the winery, I put on my 100 mm macro lens and headed right for the swarm of them, placing the couple in the best light. 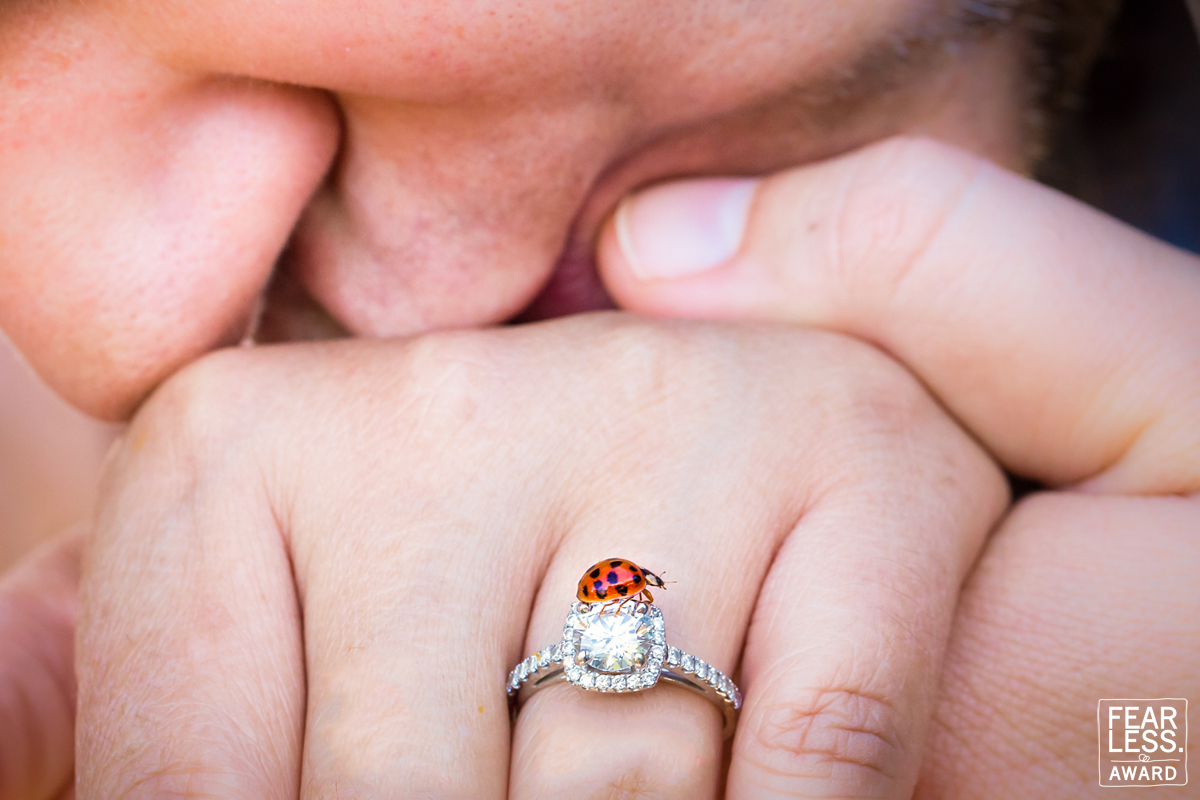 This was the moment that the limo and Bentley arrived for Nancy & Kevin’s wedding.  Everyone is in the same room viewing the same scene, yet they all seem to be thinking something different. 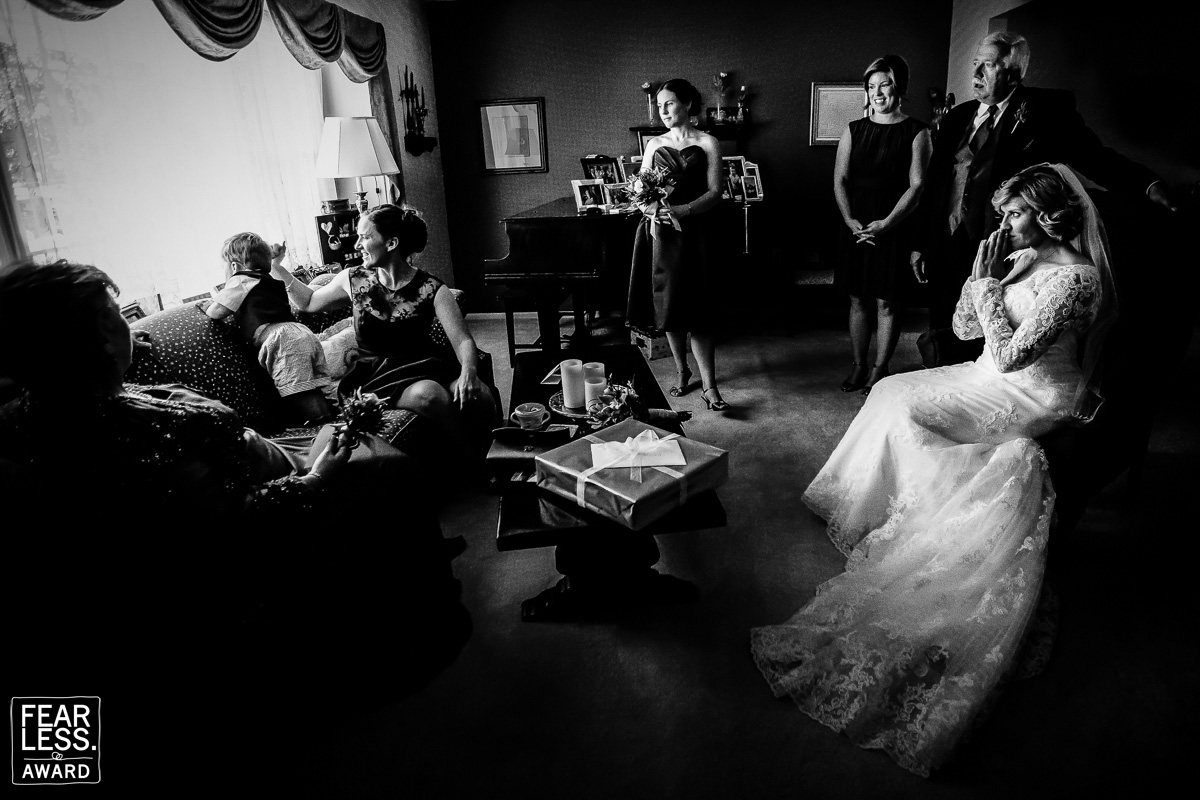 Editorially inspired shots like this have become a commonly asked for commodity.  I have always been inspired by this style in magazines, with Annie Leibovitz and the like, but as far as thinking it was doable for me personally.  That credit goes out to my mentor, Sam Hassas, who took the time to walk myself and several other classmates through the process of posing and editorial shot like this nearly a decade ago.

Here are live links to today’s current fearless rankings.  These are constantly changing.  As of the day I wrote this blog, I was ranked in the top 30 for lifetime achievement awards at 16 total awards.  I was ranked as #1 in Pennsylvania for having 2 recent Fearless Awards. 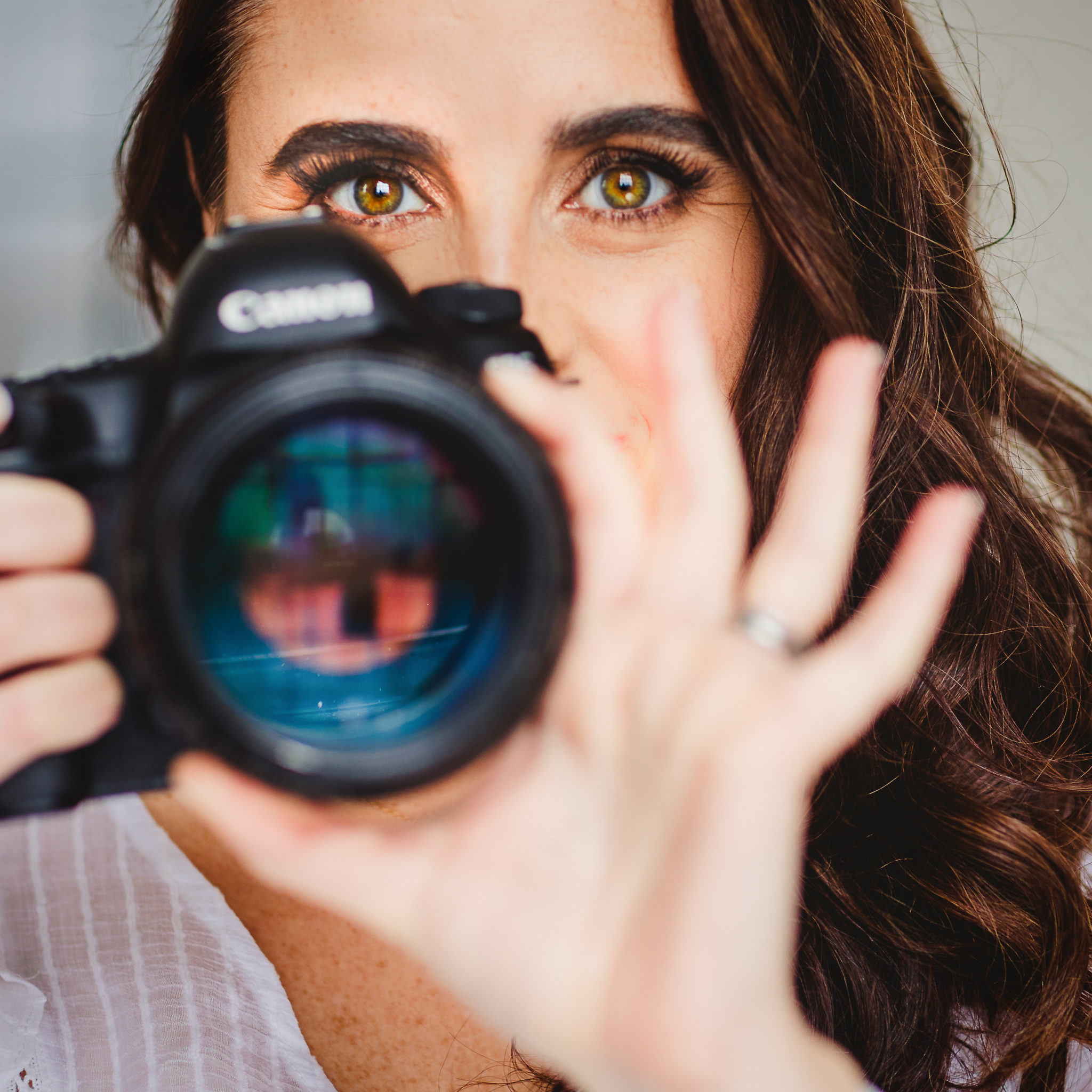 It has been an honor for me to have so many of my images recognized and celebrated in such a global way, and to be able to make a living capturing such incredible and beautiful moments.

Ready to Have Me Capture YOU?  Let’s talk!  Just contact me here.